What’s the deal with dementia?

Close to home, dementia can be upsetting for families. And around the world, it’s quickly becoming one of the greatest global health challenges of our time. But it’s not all bad news – and insurers are stepping up to help customers through it.

Fear of dementia is something that most of our ageing population feel at some point. And while it’s not a particularly joyful subject, it’s definitely one we all need to talk about. Around 50-million people live with dementia worldwide (to give you an idea, that’s double the population of Australia) and this is estimated to increase to 152 million by 2050.

Dementia is an umbrella term that describes a set of symptoms that may include memory loss and difficulties with thinking, problem solving or language. Dementia is caused when diseases, or a series of strokes, damage the brain. One such disease is Alzheimer’s.

Dementia and Alzheimer’s disease are often confused, but they’re actually different things; Alzheimer’s is caused when proteins build up in the brain, and break down connections between nerve cells, eventually leading to loss of brain tissue – which can lead to a shortage of chemical ‘messengers’ that transmit signals around the brain.

Can Dementia and Alzheimer’s disease be cured?

Not yet. And attempts to slow dementia's effects have been largely unsuccessful as we still don't fully understand what causes it. Just this year, however, it was reported that researchers said simply moving a little more might help keep the brain active, even in the face of dementia. Older adults fared better when it came to cognitive tasks if they had higher levels of activity – even from little tasks like walking or doing dishes. These benefits didn't stop even when tell-tale signs of Alzheimer’s and other dementia-related disease were visible. Dr Aron Buchman, co-author of the Rush University study, said the results showed that “even though we don’t have a treatment for Alzheimer’s disease pathology, and we know people are accumulating it, you can mitigate the deleterious effects … by having more activity.”

Helping those most at risk

Given a cure is some way off, researchers are now starting to focus on prevention – targeting healthy individuals at risk of developing Alzheimer’s and dementia.

Around one third of all Alzheimer’s cases are attributed to risk factors that could be helped by medical interventions or lifestyle choices. These factors include diabetes, mid-life obesity and hypertension, high cholesterol, smoking, physical inactivity, unhealthy diet and excessive alcohol consumption. Other modifiable risk factors include depression, low educational attainment, social isolation, and cognitive inactivity.

There are some contributing factors that just can't be changed however – age being the main one. Others include family history, genes, and gender.

Talk to your adviser

While Alzheimer’s disease and dementia can't be cured at this moment in time, you can mitigate the financial risks attached to it. Ask your adviser about the different kinds of trauma and income protection insurance available.

Read more from this issue of Be Free

Ever get the feeling you could do more with your money or make it last longer? Here are three simple habits that can help improve your finances.   Know where the money goes. Get the prep done first. Setting aside some time each day to...

Our ancient ancestors’ lives were based around the activities of the sun, moon and seasons. These days - with 24/7 connectivity and increasing pressure to do more with every minute -  there are benefits to bringing those fundamental natu...

Is it time for a review?

For most people, the decision to get insurance protection is inspired by times of change. In other words, something significant happens that makes us think we need a backup plan – like a friend or family member suffering an unexpected he... 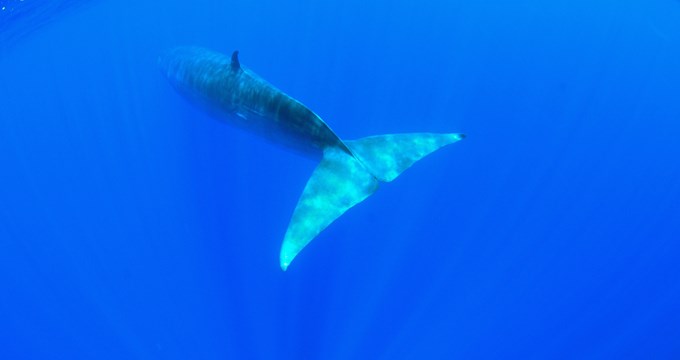 Looking after our oceans.

Our oceans are in danger. The overwhelming scale of plastic pollution, over-fishing and carbon emissions are threatening the marine ecosystem. As New Zealand’s largest Life insurer, we believe we have a responsibility to care for ocean f...